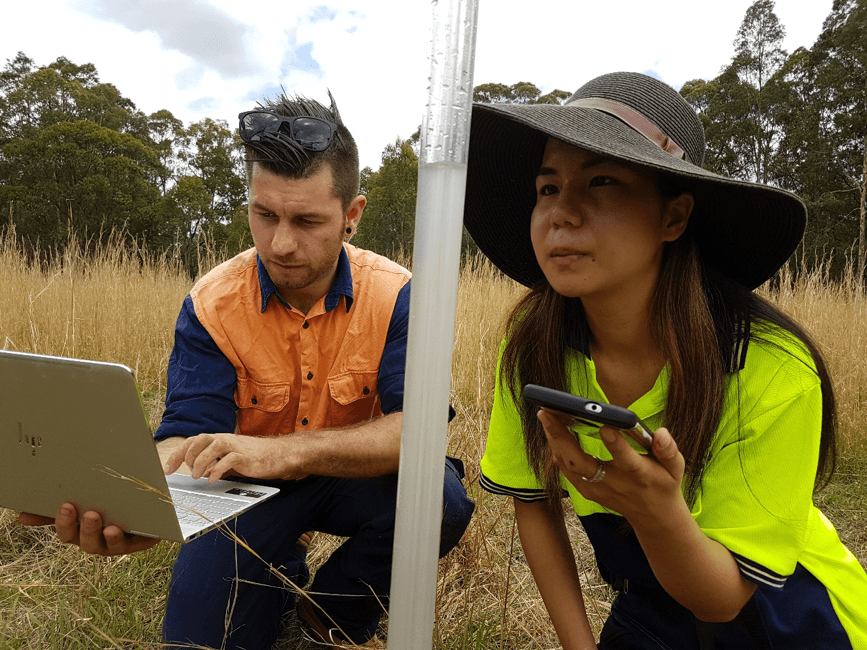 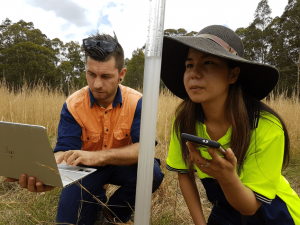 Today our engineers were out onsite in the Shoalhaven to perform in-situ permeability testing using our constant head permeameter, a CSIRO developed synthetic wastewater and the methods described in AS1547. 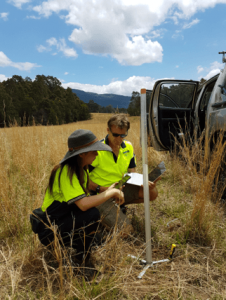 The purpose of this field assessment was to determine the saturated hydraulic conductivity (Ksat) of the underlying local soil landscape, to a depth of 0.5m, at several test locations across a proposed rural subdivision.

This information was used to confirm our initial assumptions made when sizing the proposed subsoil effluent disposal areas and to further develop an understanding of the fate and transport of residual wastewater pollutants through the subsoil and how this might impact neighboring environmental receivers.

As opposed to using clean water, more accurate estimates of permeability were obtained by adjusting the composition of the test water to match that of raw untreated effluent. Synthetic wastewater was formulated using the methods described in (Toifl et al., 2014). This included the addition of Uminin Clay to replicate the total suspended solids (TSS), and inorganic materials added as salts (NaHCO3, KCl, MgCl2, NaCl, CaCO3) to match the ionic strength, pH, conductivity and alakalinity. Volatile or biologically degradable substances were excluded from the synthetic wastewater to avoid microbial and pathogenic activity.